Previous command will add up all files to your commit list but it will not commit the changes unless you use commit command that is explained below: 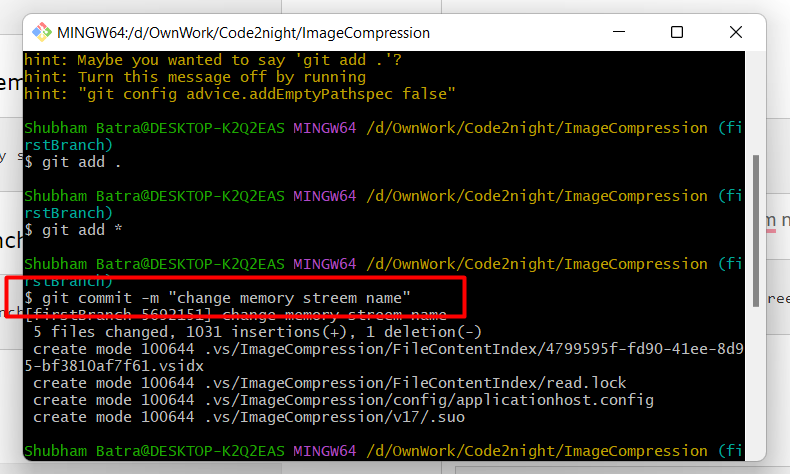 Commit will commit or save your changes in local repository that are finalized to be pushed to repository.We have to always commit the changes before pushing. You can add any comment there to remember what was the commit all about.

After commit now we have to push the changes to origin , now after origin we have to specify the branch where we want to push our changes. So in the next command we have used firstbranch which was a new branch and the commited changes will be pushed to that branch. 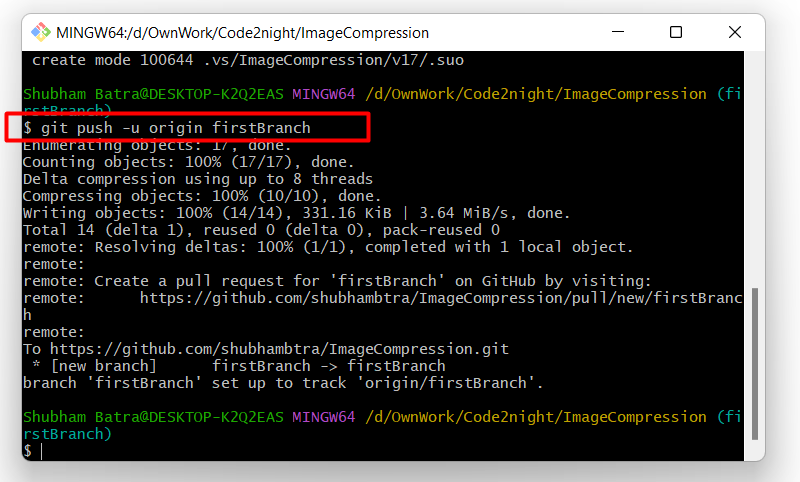 Now, for merging the new branch and existing branch we have to do this 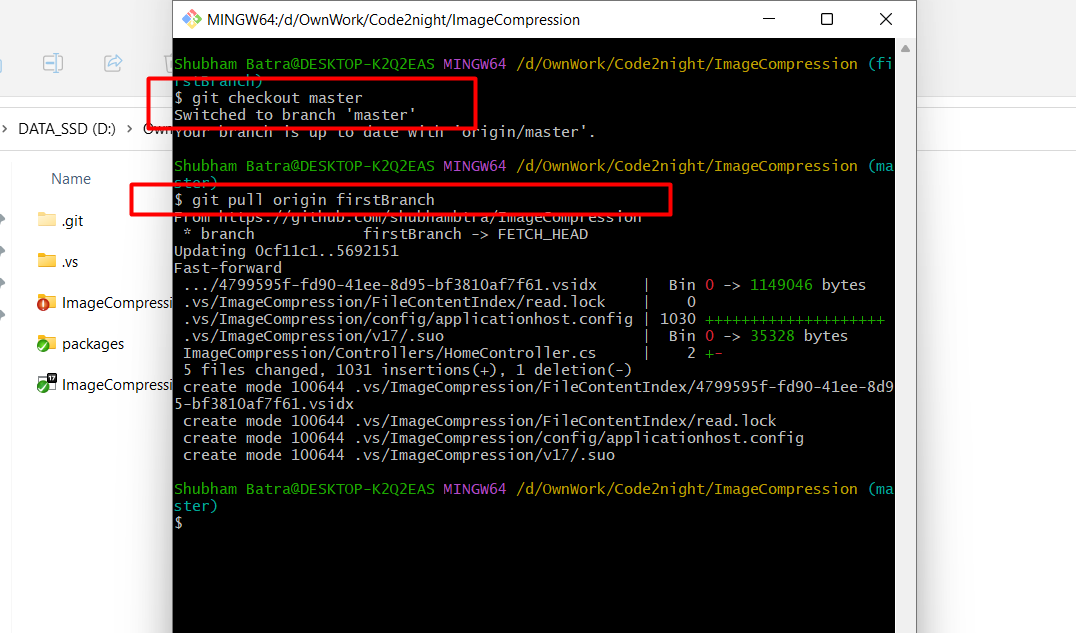 Thank you for Downloading....!